The Agile Alliance Technical Conference 2017 Program Committee is very pleased to announce that our opening keynote will be Ron Jeffries and Chet Hendrickson with the world premiere of their talk, “Everything I Need to Know About Agile, I Learned from Pair Programming”. But don’t be lulled into a false sense of security thinking you know what they’re *actually* going to talk about based on their title. There is so much more… 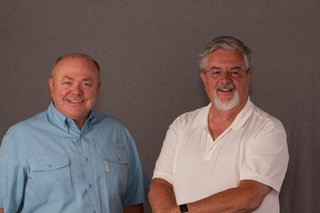 Before I get to the content of the talk, I’d like to put our valiant presenters in context. You see, these gentlemen were there at the beginning. Ron and Chet were part of the very first Extreme Programming team back in the mid-90s. They have, quite literally, grown up with the Agile movement and have in a very large way led the development of the Agile Engineering practices we’re all going to AATC2017 to talk about. They’re also great storytellers, as well as two of my favorite people in the Agile world.

So, about that talk… did I mention that Ron and Chet have been known to hold strong opinions about a lot of things, and software in particular? As you might have guessed, they’re going to share some of their opinions with you about the craft of development, specifically about how the craft is changing and evolving in the days of scaling Agile.

Here is the description in their own words:

In this keynote, Ron and Chet demonstrate pair programming and describe how everything a developer needs to know about Agile Software Development shows up during development.

Agile was invented “to make the world safe for programmers”, according to Kent Beck. Yet common experience is that large-scale approaches are certainly not SAFe for programmers, and we are seeing more and more “Dark Scrum”, where debased “Agile” ideas are used, not to draw out the best from teams, but to oppress them. As we work through a simple pair programming demonstration, we show how the things we learn as developers give us insight into how to live within the organization, and how to improve it.

It’s turtles all the way up and down and we’ll look at some of those turtles.

This promises to be a great keynote, and one that will generate conversation throughout the rest of the conference. And all you have to do to see it is show up at AATC2017 in Boston, April 19-21st. All of us on the Program Committee look forward to seeing you there!

Hi, I'm Brian Button, and I've spent most of my 30+ year career deeply embedded in the Agile world. I started as a developer, writing realtime C/C++ code for some very interesting products and projects. After doing that for a while I moved into the Agile world around 1999 by I accepting a position with one of the first Extreme Programming consulting companies.

Through them, I traveled the western world and the US teaching, training, and mentoring companies in their adoption of XP and agile. Since then, I've worked on team and organization transformations in several companies while still doing my best to remain at least tangentially technical. Eventually the lure of tech called me back, and I've been a technical leader for organizations in my last two roles. My happy place lies at the intersection of Agile and technology, which is why I'm such a fan of XP.

Giving back to the community is very important to me, so I've volunteered through Agile Alliance for the last 15 years or so. I've been involved with running the Agile20xx conference series many times, and I've served as a Director on the Agile Alliance Board for the last three years and was fortunate enough to have just been re-elected to serve a second term.