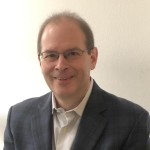 Brian Button is the Vice President of Engineering for Acertus in St. Louis. His organization is responsible for the online presence of Acertus as well as the internal advanced technology projects. Prior to that, Brian began his career 30 years ago as a hardcore C/C++ dev on SunOS, building and delivering solutions in many languages and operating systems. He has worked in embedded systems, navigation software, mission control applications for NASA, and other interesting areas during his career. Eventually moving into Agile consulting and coaching, Brian traveled the Western world helping organizations learn better ways of developing software. He was instrumental in introducing Agile and Extreme Programming to St. Louis and has been an active leader in the Agile and Extreme Programming conferences and community in the US since the early 2000s.

AATC2017 Lightning Talks are Back!

The Themes Behind AATC2017

The Agile2016 Submission System is Open!