My first experience of delivering an enterprise level fixed bid project using agile was very successful and a really fun ride for my entire team.  This engagement taught me that by paying close attention to how the terms of the engagement are defined, and by focusing more energy on starting such initiatives on a solid foundation, the regular agile ways of working can be just as successful on fixed bids as they are on “time and material” projects.

As an employee of ThoughtWorks, I lead large (often globally distributed) teams of consultants building application software for our clients using agile, lean and XP methodologies. In the 12+ years I’ve spent at ThoughtWorks, we have always done work on a time and material contract basis.  The popular opinion within my organization has always been that a fixed bid contract goes against the fundamental agile principles of customer collaboration and responding to change.  This lack of ongoing collaboration and the inability to make reactive changes results in clients not getting the optimal software solution, and the development team not realizing the full potential of a self-organizing entity.

Since the financial crisis of 2008, several clients have started approaching us to build software on fixed bid contracts. We’ve generally been dealing with these requests on a case by case basis, and I hadn’t heard of any mission critical piece of work being undertaken under a fixed bid contract by any ThoughtWorks office globally.  As a result, there was really no knowledge base within ThoughtWorks to help with such engagements.

In the spring of 2016, one of our long-term banking clients approached us to deliver an online portal for use by customers and call center agents for their new consumer loan product, as a fixed bid engagement. I was assigned to not only define the terms of this engagement and kick it off, but also to see it all the way through from initial discovery all the way to go-live. Faced with this situation where I could either sink or swim, and with almost no knowledge base to tap into, I used all my past experience to create a new delivery model for my team. Luckily for all of us, it worked!

Our client is a major player in the banking space in the USA and Europe. Facing intense competition in the US credit card market, they were looking to introduce a consumer loan product to expand their footprint in the unsecured credit business.  As a digital-only product, a key success factor for this product was to have a customer portal with great self-service capabilities, supplemented by a simple and intuitive portal for call center agents.

Though ThoughtWorks had been doing work for this client since 2014, the building of the portal for both the customer and call center agents was being handled by the client’s internal development teams.  These teams had missed 4 deadlines and the rollout had been delayed by 2 years.  In early 2016, the client’s leadership team determined that unless the product was release by Oct 2016, they would never be able to win any market share from competitors. Finally, after a lot of internal wrangling, the product leadership approached us in March 2016 and asked for help to launch the product in 7 months.  Working backwards from the desired launch date and setting aside time for production readiness activities, we would have only about 5 months to have develop and handover fully integrated working software.  Given the amount of risk involved, the client’s procurement and technology leadership insisted that this work would have to be done as a fixed bid. The payment terms were very attractive, but failure would not only impact ThoughtWorks’ relationship with the client, but also our reputation in the market.

In this situation, we formed a pursuit team consisting of myself as the Delivery Lead, a Business Analyst, two Developers and the Sales Lead. While the sales lead focused on the commercial aspect, my role was to work with the business analyst and developers to review the feasibility of successfully delivering this piece of work and come up with the delivery plan.

It was my first time working on a fixed bid engagement and so was the case for all my team members. I had to fundamentally rethink some of the things I have always assumed in regular time and material engagements. While we were given a lot of freedom in the planning and execution of this project, there was also a high level of accountability and oversight given the sensitive nature of this engagement.  The key focus for me was to come up with an achievable delivery plan for the development team, while providing adequate visibility on progress to the client and ThoughtWorks leadership.

We came into this engagement faced with several problems:

Starting from the creation of the Statement of Work through the project kickoff, all the way through execution and delivery, we had to pay close attention to how we normally did things, and then tweak them to the unique needs of this engagement.

3.2.1 Insisted that we wouldn’t sign the contract without a formal project inception/kickoff – Given the lack of clarity and ownership on the current state of the project, we requested for a 2-week long project inception.  In the spirit of partnership, we did 1 week of this work on a non-chargeable basis, and another week paid by the client.

3.2.2 Captured what we knew into the Initial Story List (ISL) – Using the existing documentation as a starting point, we worked with the product owners, technical architects and user experience designers to break down the work in stories, capture the technical assumptions, the expected user experience, dependencies and risks.  With this information, we obtained developer and QA estimates.  All this put together formed our Initial Story List (ISL) 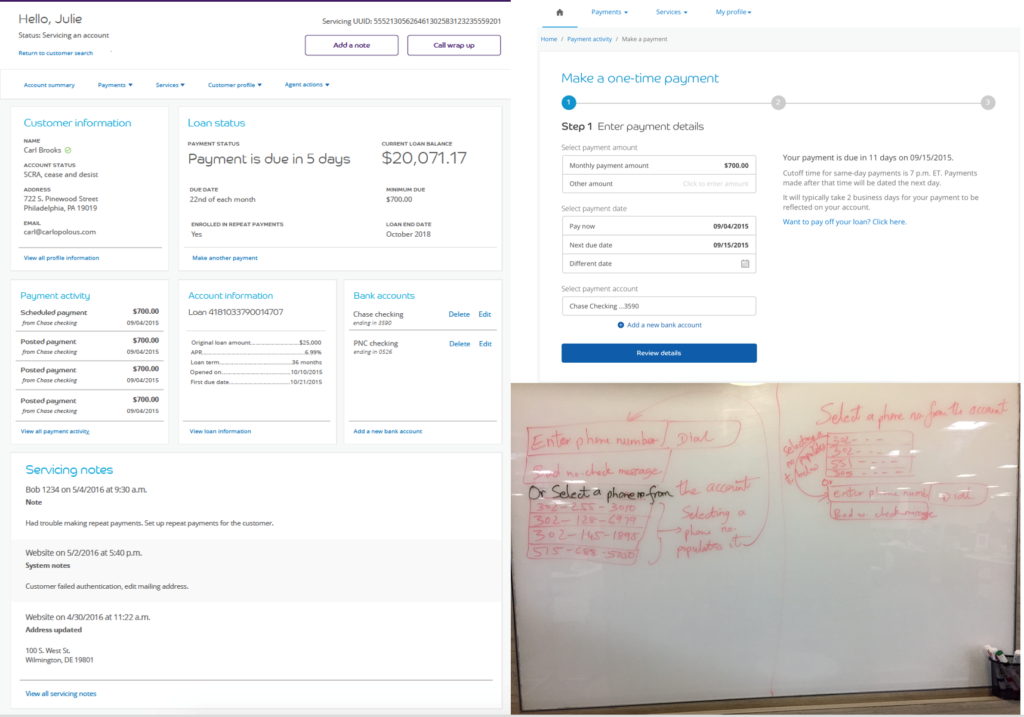 Figure 1. Using mockups and lo-fi wireframes to capture the common understanding of the user experience 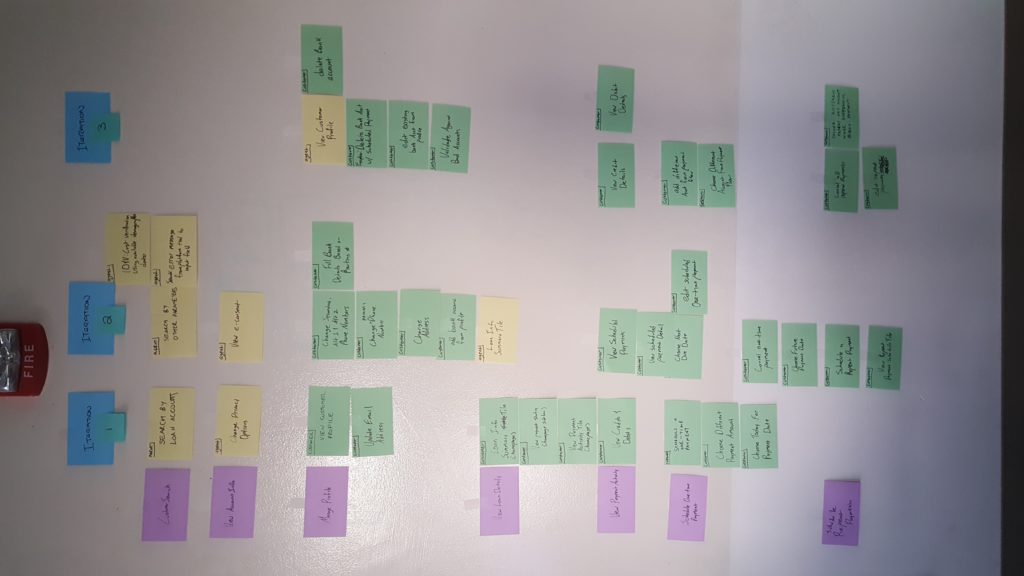 Figure 2. Evolving the milestone plan during the project inception

3.2.3 Divided the project into frequent milestones based on the user journeys – During definition of the user journeys, we realized that the user journeys grouped with their relevant dependencies could be deployed all the way into Production every 4-6 weeks, for testing and feedback from the Beta testing group. 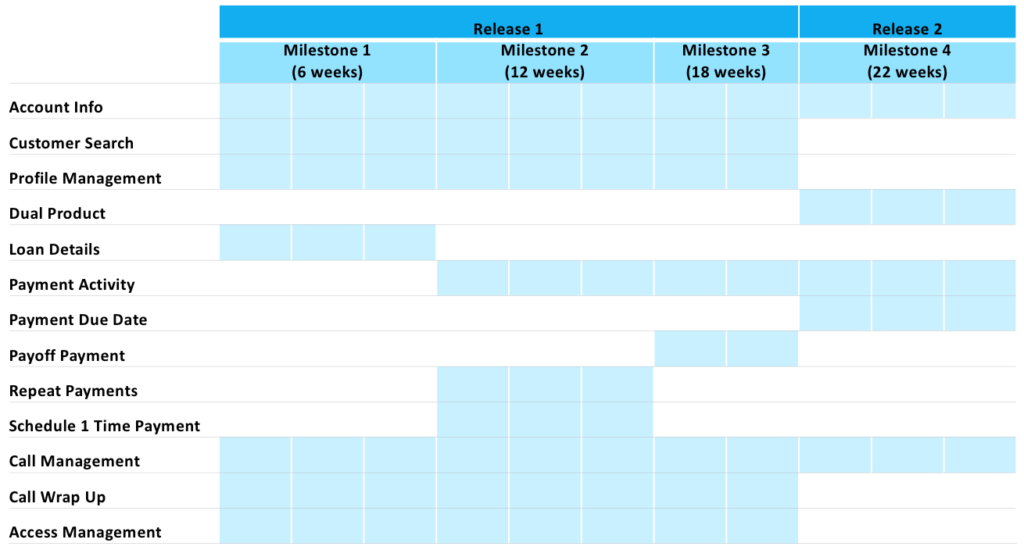 Figure 3. The project deliverable broken down into milestones

3.2.4 Carefully planned our milestones based not only on business priorities, but also on how we could leverage benefits of parallelization of work and reusability of components.

Parallelization enabled the team to start work on different sections at the same time early in life of the project.  From the product owners’ perspective, this gave them early visibility into the finished product, and allowed them enough time in the subsequent 3 milestones to get beta testers’ feedback and change some of their original ideas around the look and feel and navigation behavior. 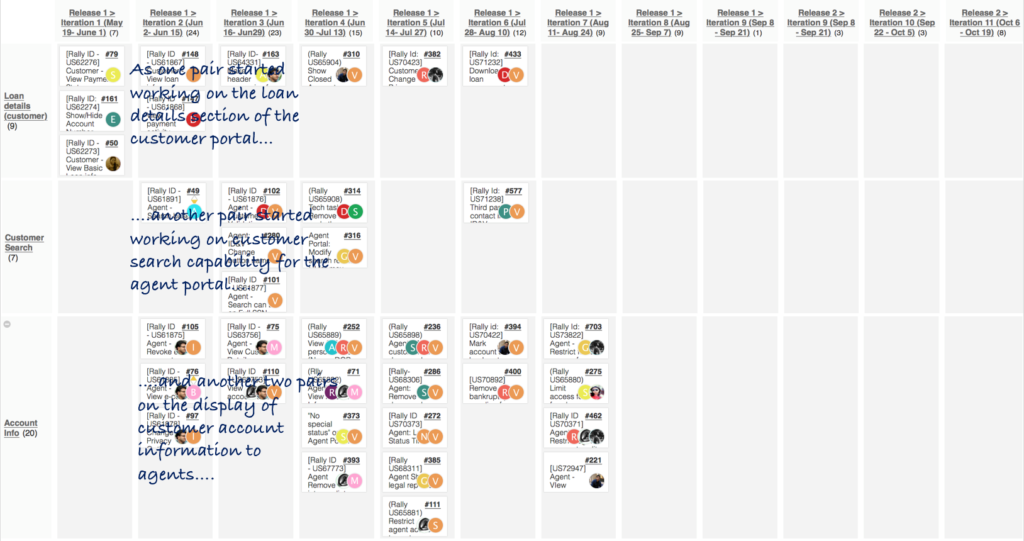 Figure 4. Parallelization of work to deliver more functionality early on 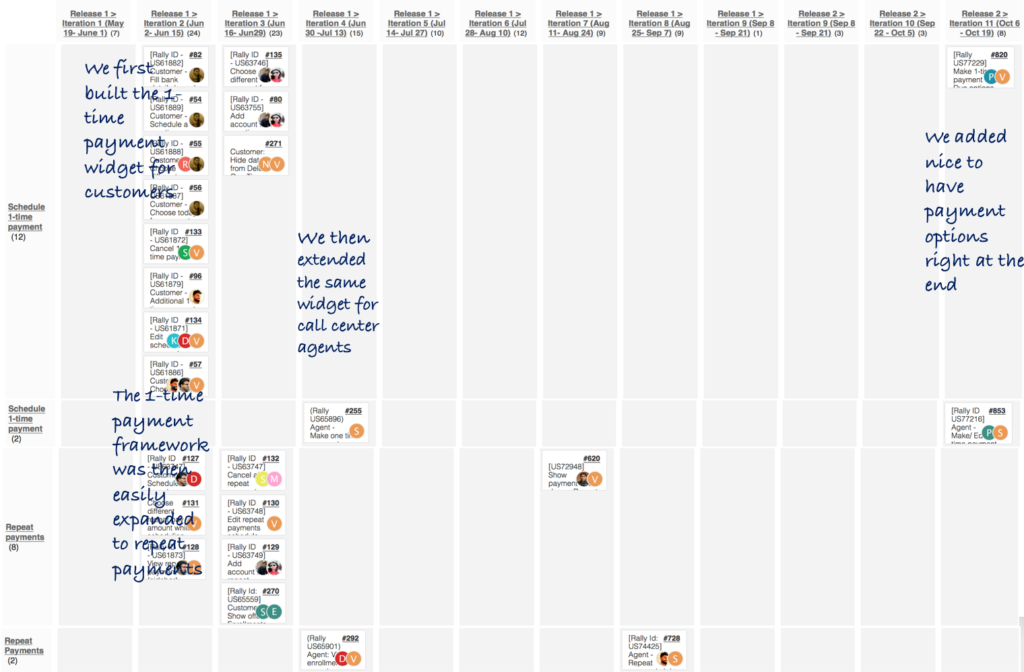 Figure 5. Example of building out a capability using a foundational component

3.2.5 Linked scope to the available number of points rather than specific functionality – The inception gave us a clear picture of the capabilities needed for customers and call center agents, but there was still a lack of detail on a significant number of requirements.  We therefore decided to link the scope of each milestone to a fixed number of points v/s explicit stories. 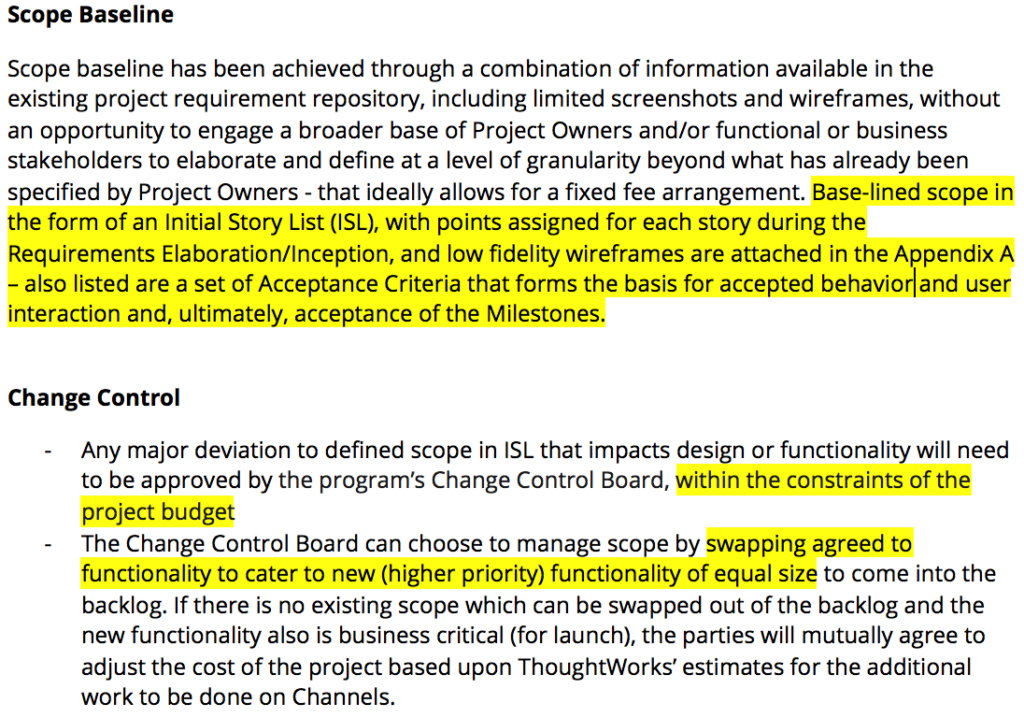 Figure 6. SOW with flexibility for change within bounds of available effort

3.2.6 Added a clause to allow exit at the end of each milestone – At the end of the inception, there was still a lack of confidence on both the client and the ThoughtWorks’ side regarding the other party’s abilities to fulfill very demanding expectations set for it. Given this, it made sense to give both parties an opportunity to exit the engagement if either party didn’t feel comfortable with the level of progress made till that point.

Benefits – By giving each party an opportunity to exit the engagement before it was completely done, we were able to:

3.2.7 Incentivizing ideas to finish early – At the end of the inception, we shared the complete milestone plan with the team and asked them to provide ideas to finish the project early and without bugs.  We offered incentives in terms of team outings, a grand end of project celebration, end of milestone recognition rewards etc. to spur the team’s creativity

The above steps set up the team for great success in the execution and roll out of the customer and agent portals.  Some of the key results we saw were: 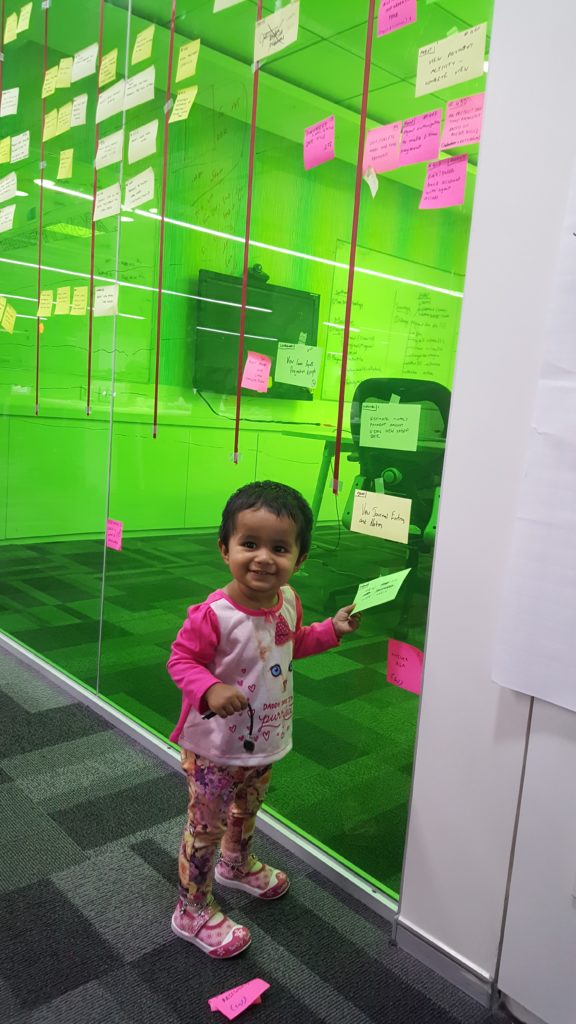 Figure 7. My daughter dismantling our project wall on the last day! 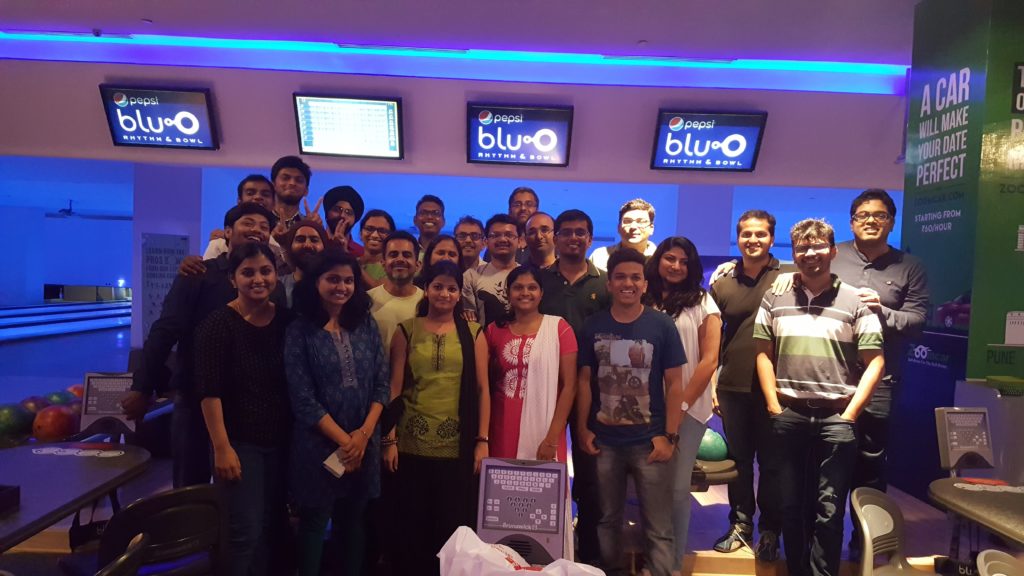 4.1       Fixed bid contracts are best for engagements that are shorter term (3-6 months) in duration, and linked to a specific business goal

4.2       All parties involved in the fixed bid should have the same sense of urgency and same level of commitment to the goal of the project

4.3       A well-executed project kickoff/inception can ensure a much smoother journey for the rest of the fixed bid contract

4.5     Post inception, rigorously implement a cadence or flow to ensure adherence to the plan

I firstly wish to thank my shepherd Mr. Casper Lassenius for his guidance and advice, without whom this report would not have been possible.

I also wish to thank my amazing husband and my entire development team in Pune.  As a father of 10-month old triplets, I had a lot to juggle between work and home during the execution of this program of work. Their understanding and flexibility to try something totally different really helped make this a great success.

I am also very grateful for the innovativeness and sense of ownership of the project team that made these new ways of doing things work so well!