Perusing the schedule for Agile2017, my eyes fell upon a familiar name of an old friend who I hadn’t seen at the big agile conference before. I was so excited that we will be reunited that I decided not to wait to catch up with him until the big event.

I was curious about his session so I interviewed John Ryskowski for a bit more insight into For a fresh perspective on team leadership look to the drummer. What? 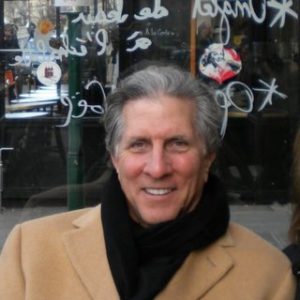 How did you become involved in the agile community?

My first exposure was at Gerald Weinberg’s Problem Solving Leadership workshop in 2014 which had many agile coaches in attendance. It was a veritable team dynamics petri dish. BTW- he was assisted by Esther Derby and Johanna Rothman who are both speaking at this conference.

The agile community is energized by new ideas and as a result, has been accepting of this Drum-Talk series, both here and other conferences. For this I am thankful.

Have you been playing music for a while?

Yes. From garage bands, to smoky dives in the San Fernando Valley, to big bands in LA, to Dorsey (ghost) band tours, to the Lighthouse in Hermosa Beach this coming Saturday. The first time I sat down and created something that resembled music with other people, I was hooked. You cannot get to the result without each other and it is a great space to be in.

What inspired you to bring together these two special areas of interest?

The endless parallels- you are technically not the leader, but once the song begins the drummer can be the most impactful member of the band by instilling confidence and generating excitement. You can actually “teach” from the drum seat while the song is being played. When a song finishes and one of the tenor players says, “That is the most fun I have ever had playing that chart,” you are having impact.

When did you begin your leadership journey and what keeps you going?

I have led hundreds of CMM and CMMI appraisals in my career and that thread in my life began in 1989. I was the “new kid” on the team, it was getting late, the leader had lost focus, and we were still not finished for the day. I stood up, began smacking the table with a wooden pointer (yes- wooden), and pushed us through to completion. Oh, and we all had a lot of laughs about it during and since.

What keeps me going- the practice of yoga, mindfulness, and gratitude.

Who helps you to keep a fresh perspective?

The energy at agile conferences, it is pleasantly overwhelming.

When I’m looking at the conference schedule, how can I tell whether your session is right for me? Do you have a particular audience in mind?

If you are looking for a fresh perspective on a topic, willing to study something seemingly unrelated, then find enjoyment in the parallels, this will be the right session for you. Oh yes, it will be fun and we will make music together before it is over.

I love the idea of taking lessons learned in collaboration from one field to another. When I think of a band, I don’t immediately jump to the drummer being the leader.

I think big band supplies a unique situation unlike other drumming situations. The music is specifically written, and read by each band member as written, except for the drums. The drum music is more a guideline and leaves room for interpretation. Some folks actually say that it is not drum chart reading, but drum chart interpretation. In this situation the drummer is not the leader of the band, but has the option of leading the band through the music.

Should I bring ear plugs? 😉

Catch this and many more exciting and unexpected opportunities for learning at Agile2017. See you there!