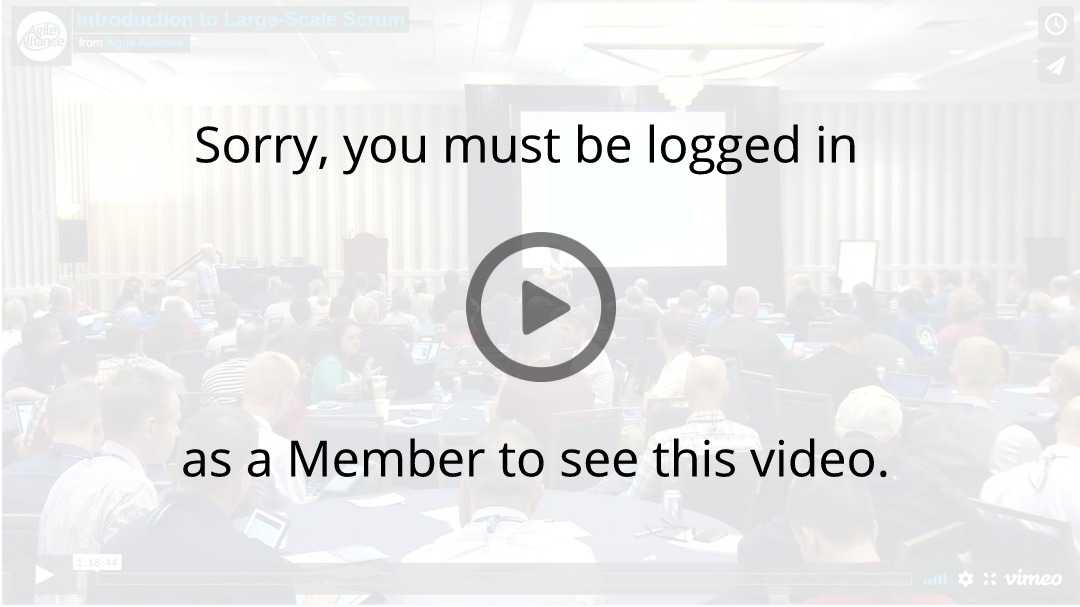 LeSS is a lightweight (agile) framework for scaling Scrum to more than one team. It was extracted out of the experiences of Bas Vodde and Craig Larman while Scaling Agile development in many different types of companies, products and industries over the last ten years. There are several case studies available and an upcoming book describing LeSS in detail.

LeSS consists of the LeSS Principles, the Framework, the Guides and a set of experiments. The LeSS framework is divided into two frameworks: basic LeSS for 2-8 teams and LeSS Huge for 8+ teams. All of these are also available on the less.works website.

LeSS is different with other scaling frameworks in the sense that it provides a very minimalistic framework that enables empiricism on a large-scale which enables the teams and organization to inspect-adapt their implementation based on their experiences and context. LeSS is based on the idea that providing too much rules, roles, artifacts and asking the organization to tailor it down is a fundamentally flawed approach and instead scaling frameworks should be minimalistic and allowing organizations to fill them in.

In this session, Bas Vodde and Craig Larman, the creators of LeSS, will be introducing some of the LeSS principles and run through the basic LeSS and LeSS Huge framework. This will be followed up with an interactive Q&A session with the audience.