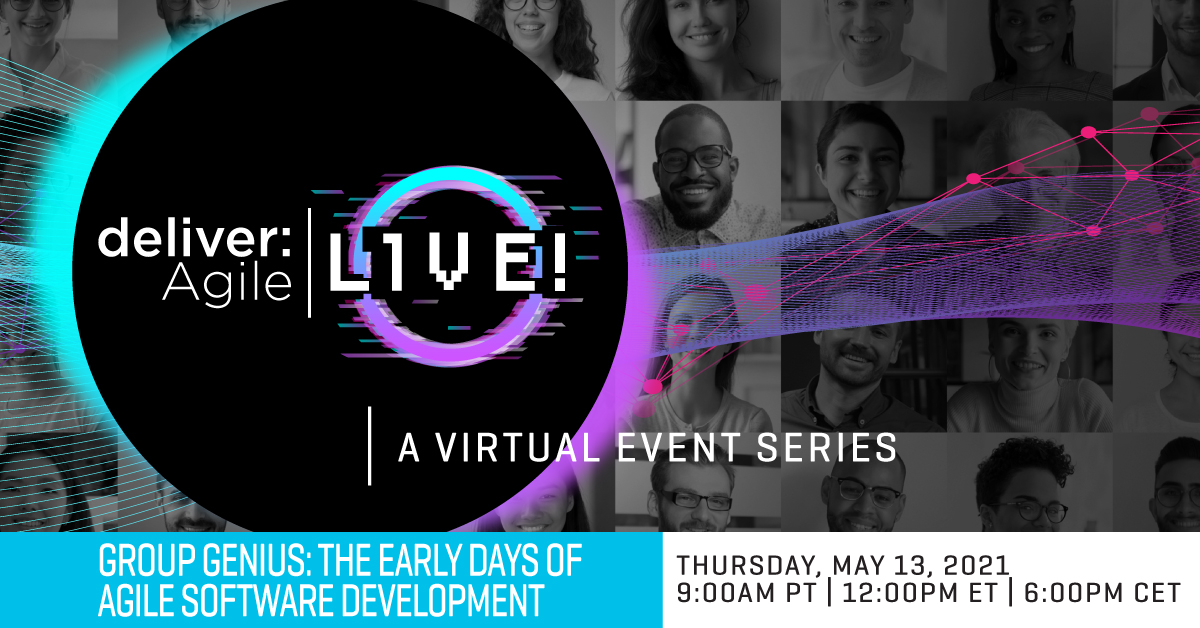 Earlier this year, we celebrated the 20th anniversary of the Agile Manifesto for Software Development. Many events featured the authors of the Manifesto, but the Manifesto was the culmination of the thoughts and work of a community larger than the group gathered at Snowbird.

There are several names that popped up frequently in conversations around the 20th anniversary as folks who were not at Snowbird but who were critical to the development of the Agile Manifesto.

This event is an opportunity to hear from some of those folks. But these people did not just fade away after the publishing of the Agile Manifesto, these inspiring technologists have continued for the past two decades to push forward software development practices.

During this panel, the audience will not only gain important historical context but also learn what these thought leaders consider the most potentially impactful trends in technology and software development practices.

Jutta works as an independent coach, consultant, trainer, author, and speaker (https://www.jeckstein.com/). She has helped many teams and organizations worldwide to make an agile transition. She has unique experience in applying agile processes within medium-sized to large distributed mission-critical environments. In 2001, Jutta was one of the first worldwide who scaled agile. She has published her experience in many books:   – Company-wide Agility with Beyond Budgeting, Open Space & Sociocracy (with John Buck), see https://www.agilebossanova.com/
– Diving for Hidden Treasures: Uncovering the Cost of Delay in your Project Portfolio’ (with Johanna Rothman)
– Agile Software Development in the Large
– Agile Software Development with Distributed Teams
– Retrospectives for Organizational Change She is a member of the Agile Alliance (having served the board of directors from 2003-2007) and a member of the program committee of many different American, Asian, and European conferences, where she has also presented her work. Jutta holds an M.A. in Business Coaching & Change Management, a Dipl.Eng. in Product-Engineering, and a B.A. in Education.

Nancy Van Schooenderwoert is an Agile coach and founder of Lean-Agile Partners. She has been an electronics engineer and software developer for embedded systems in safety-critical applications like medical devices and flight simulators. Nancy coaches companies building hardware-software products in diverse industries. And yes, Agile does work for hardware!

Laurie Williams is a Distinguished University Professor in the Computer Science Department of the College of Engineering at North Carolina State University (NCSU). Laurie is a co-director of the NCSU Science of Security Lablet sponsored by the National Security Agency, the NCSU Secure Computing Institute, and is the Principal Cybersecurity Technologist of the SecureAmerica Institute. Laurie’s research focuses on software security; agile software development practices and processes, particularly continuous deployment; and software reliability, software testing and analysis. Laurie is an ACM and an IEEE Fellow.

Rebecca is President of Wirfs-Brock Associates and Director of the Agile Experience Report Initiative. She helps organizations and individuals hone their design and architecture skills, improve system quality and manage technical debt. In addition to coaching and mentoring she conducts workshops on agile architecture, design heuristics, and  pragmatic software design. She invented the set of design practices known as Responsibility-Driven Design (RDD) and by accident started the x-DD meme. Rebecca is also the Agile 2021 and XP 2021 Experience Report Track Co-Chair. She is on the Board of the Hillside Group and writes patterns and essays about sustainable architecture, agile QA, and design heuristics. If you want to share experiences or wisdom in pattern form, Rebecca can help you turn your itch for writing into the written word.

If you are not yet an Agile Alliance Member, you can become one here.