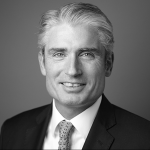 Riccardo Mariti is the Founder & CEO of Riccardo's Restaurant in London. He opened Riccardo's in 1995 and beginning in 2017 transitioned it to the ‘world's first scrum restaurant’. Using scrum and agile methodologies, Riccardo has measurably decreased staff overheads, decreased team member turnover at the same time as boosting team morale, customer satisfaction and profits. Riccardo is in the process of opening his second scrum restaurant in London, and pursuing several other joint ventures directly related to the Chelsea restaurant. Riccardo also has a background in real estate investment, development and management. He can be reached at riccardo@riccardos.it