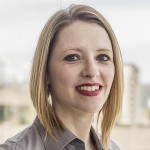 Head of Operations from Porto Alegre’s Office of Globo.com and Product Owner at Publication Platform for the same company. BSc (2003) and MSc (2005) in Computer Science from Federal University of Rio Grande do Sul (UFRGS), Specialist in Digital Journalism (2014) at Pontifical Catholic University of Rio Grande do Sul (PUCRS), and Phd Student in Computer Science/Software Engineering. Karina is working in the IT and R&D Industry since 2002 and began her career as software engineer/developer. In 2012/2013 transitioned to Product Management roles in companies as HP and ADP. In companies such as HP and ADP, she has worked in global software development environments with teams geographically distributed between Brazil, the USA and India (2009 - 2017) being responsible to lead the distributed team to the vision and also report to Directors the ongoing work and results.

Future of Agile is Diversity