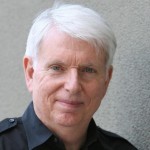 Jeff Sutherland, the inventor and Co-Creator of Scrum, a signatory of the Agile Manifesto, and the creator of Scrum@Scale. He started his career as a fighter pilot in the U.S. Air Force where he achieved Top Gun status in 1967 and flew 100 combat missions over North Vietnam. After 11 years as a pilot, he joined the faculty of the University of Colorado Medical School where he received his Doctoral degree. As Asst. Prof.of Radiology, Biometrics, and Preventive Medicine he co-founded the Center for Vitamins and Cancer Research under the sponsorship of Nobel Laureate Linus Pauling and for eight years was the Principle Investigator of a National Cancer Center research grant that ran all IT programs and research for the Colorado Regional Cancer Center. In 1983 he joined a banking company that operated 150 banks throughout North America where he was VP of Advanced Systems and General Manager of their ATM Business Unit. Noticing that waterfall processes at the bank were not working, he implemented the first prototype of Scrum for organizational transformation of a business unit. He has been VP of Engineering and CTO or CEO of eleven software companies. In the first four companies he prototyped Scrum and in the fifth company created Scrum as we now see it used in 74% of Agile software companies in over 100 countries. In 2006, Sutherland established his own company, Scrum, Inc. now recognized as the premiere source of Scrum Training in the world. He is also Senior Advisor and Agile Coach to Openview Venture Partners. His latest book, Scrum: The Art of Doing Twice the Work in Half the Time," describes how he used his background and experience to create the most widely used Agile practice in industry today.