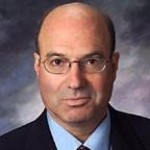 Dr. Israel Gat is an independent software & IT consultant. He is recognized as the architect of the Agile transformation at BMC Software where, under his leadership, Scrum users increased from zero to 1,000, resulting in nearly three times faster time to market than industry average and 20%-50% improvement in team productivity. Among other accolades for leading this transition, Dr. Gat was presented with an Innovator of the Year Award from Application Development Trends in 2006. Dr. Gat's executive career spans top technology companies, including IBM, Microsoft, Digital, and EMC. He has led the development of products such as BMC Performance Manager and Microsoft Operations Manager, enabling the two companies to move toward next-generation system/service management technology. Dr. Gat is also well versed in growing smaller companies. In particular, he carries out technical due diligence on startups for various venture capitalists as the 'last mile' before their final decision to invest.

Prepare Your Software Development for 2020

Agile – One Size Does not fit All!