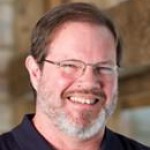 Dan Rawsthorne, PhD/PMP/CST, is Chief Scientist and Senior Agility Instructor at 3Back LLC (3Back.com). Dan has extensive knowledge of agile software processes, procedures, and techniques, and he has been doing agility continuously since 1983. He was introduced to eXtreme Programming (XP) by Kent Beck in 1995, to Scrum by Linda Rising soon after, and then made it his mission to change the world through their use. In his career, Dan has moved from government contracting to developing retail software to being a coach, trainer, and consultant. Dan immediately found that single teams are often not enough, so he did his first scaled agile project in 1998 – and has helped many Organizations scale since then. Dan is a PMP, and helped develop the PMI’s PMI-ACP certification; he co-authored (with Doug Shimp) the book “Exploring Scrum: the Fundamentals;” and is currently working on a book on Scaling Scrum with Scrum™.