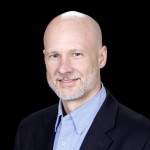 Andrew Fuqua began developing software professionally in the mid '80s using an iterative and incremental approach. After a few years of working in not-so-agile environments, Andrew got iterative and incremental again with a Smalltalk team in '96, and then began using eXtreme Programming in 1999. For the last few years, Andrew has been involved in agile transformations in larger organizations, which brings us to his current role as an Enterprise Transformation Consultant with LeadingAgile. Andrew has previously held positions in management, product management and software development at companies like Internet Security Systems, Allure Global, and IBM. Andrew is the president of the Agile Atlanta user group, which he helped start in 2001, as well as the Atlanta Limited WIP Society. He has also been active in other groups around town. Andrew earned a BS and MS in computer science and has an MBA from Duke University.

Discover What Motivates You / Your Team